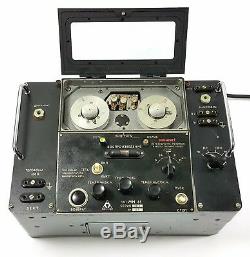 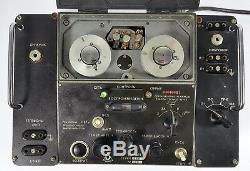 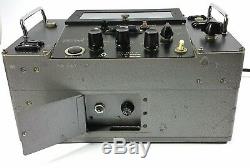 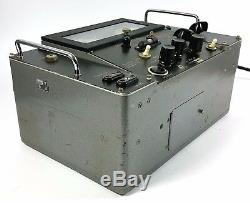 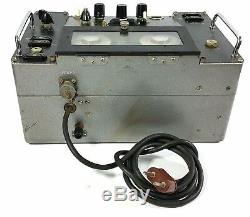 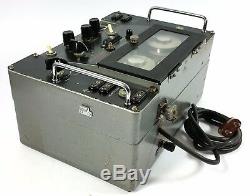 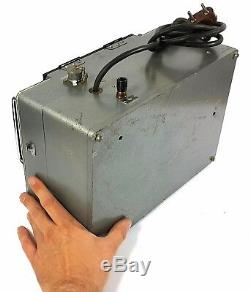 The MN-61 (Russian: -61) was a desktop audio wire recorder, developed in 1961 by the VILMA National Devices Factory in Vilnius (Latvia, USSR). As the audio is recorded on to a very thin wire rather than to a tape, it has a recording time of 5.5 hours. The device was built especially for the security services, KGB, Military Aircraft of the former Soviet Union (USSR). The recorder's mechanism was made by the Petrovskovo Works in Novgorod, and was also used in the MS-61B cockpit voice recorder. With the top lid in place, the device measures 33.5 x 23.6 x 24 cm and weights 9,5 kg.

It is fully solid-state i. No valves and is powered by an internal Power Supply Unit (PSU) that is suitable for the 220V AC mains (at 50 Hz). The MN-61 has a line input that is suitable for 0.1V or 0.01V signals. In addition it accepts signals from the output of a receiver in the 3 to 10V range. A separate microphone input with a sensitivity of 150-450 mV is also available. Weight: 9,5kg Made in: Soviet Union Condition: Used. Turn On, but I do not know if everything works. The item "RARE MN-61 WIRE RECORDER PLAYER FOR KGB AIRCRAFT RUSSIAN SOVIET RADIO TELEPHONE" is in sale since Monday, September 11, 2017. This item is in the category "Collectibles\Militaria\Surplus\Radios". The seller is "east_sector" and is located in Pruszków.