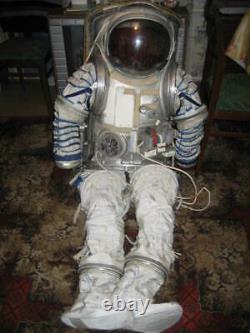 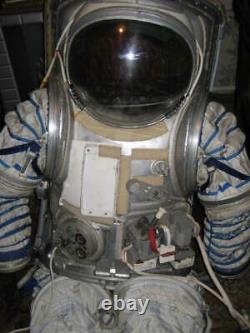 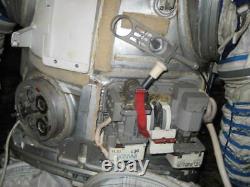 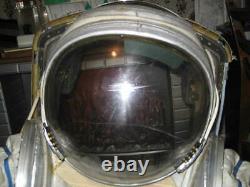 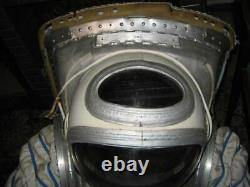 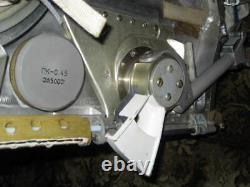 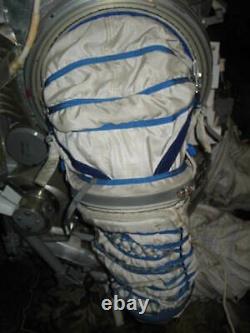 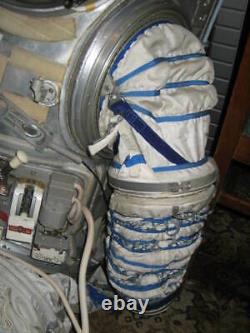 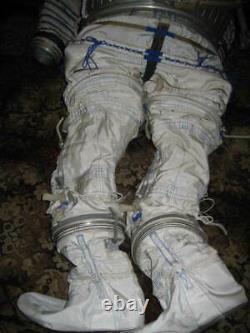 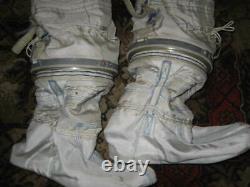 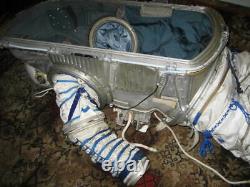 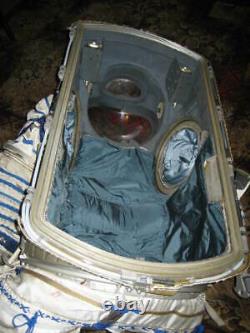 As the race to space was ended after the landing of Apollo 11 in the "sea of silence" on the moon surface on july 20th 1969, Russians stopped their moon program 1971 and developed the space suit for other activities as like spacewalks outside from space stations and space-ships. It became easier and more mobile. Since 1971 the Orlan was used since beginning of the Salyut space stations. The "Orlan M space suit" (M means here "modernized") that is presented now here, represents the last developing-step of the famous Russian space suit.

The Orlan-M is an improved version of the previous spacesuit, the Orlan-DMA. It can accommodate a greater range of anthropometric sizes (165 cm to 190 cm). Radio communications have been modified so that two cosmonauts can speak and listen to each other simultaneously (which they couldn't in the previous Orlan version). The metallic cuirass (the suit's hard aluminum-alloy torso) is increased in size as are the arm and leg openings for the greater range of wearers' heights.

On the cuirass are fixtures for attachment of the USK, Cosmonaut Self-Rescue Device. The Orlan can be used in both the Pirs and U. EMU can only be used in Quest of the International Space Station ISS. The drawback is that the higher pressure means that the Orlan is somewhat more difficult to move in. The Orlan operates at a pressure of 0.4 atmospheres EMU at 0.3 atm.

, enabling a pre-breathe time of only 30 minutes (in the EMU pre-breathe is 12 hours in the Joint Airlock, or 4 hours in the EMU itself). Orlan M space suit is very easy concepted: Through the its back the cosmonaut get into the space suite. All vital equipment is in the space suit on the back of the suit, however inside - e. Fans, water pumps, pressure control valve, oxygene tubes and radio communication system.

Each of the articles of equipment has a 1:1 back up system, i. If one of the vitally necessary systems should fail, immediately a duplicate takes over the supply. Technical datas of the "Orlan M space suit".

The presented space suit is for sale. The Orlan M space suit is manufractured in the year 2003 by Russian Corporation "Zvezda" and full under function. Good condition - see photo for details. Nice addition to your collection!

DON'T MISS YOUR CHANCE TO BE THE OWNER OF SUCH UNIQUE ITEM! Feedback :Feedback is very important to us. Good condition - see photo for all details. The item "Original Russian Soviet Cosmonaut Space Suit ORLAN-M EVA ISS Extra Very RARE" is in sale since Sunday, July 18, 2021.