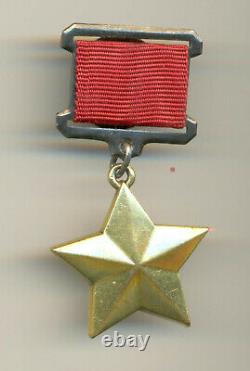 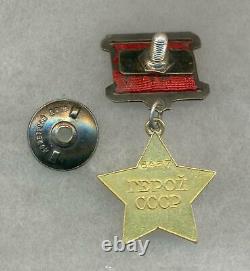 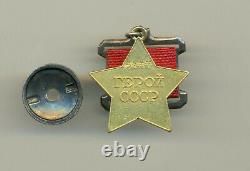 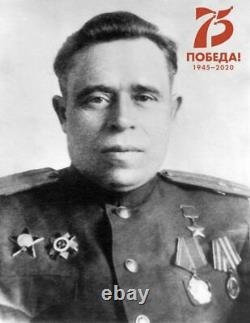 Soviet Russian WWII Hero of Soviet Union Star Medal #6467. Good vintage condition on a star, despite some trivial scratches on reverse. Awarded to Colonel (Lieutenant-Colonel at the time of awarding) Lipachev P. Commander of 848th Rifle Regiment (51st Army, 4th Ukrainian front), for successful attack and capture of famous landmark "Sapun-gora" (the Sapun mountain), while liberating Sevastopol in 1944. During the attacks, he displayed not only commanding skills, but also his personal bravery by personally leading the attacks numerous times! His regiment was one of the first to enter city of Sevastopol.. The item "Soviet Russian WWII Hero of Soviet Union Star Medal #6467" is in sale since Friday, December 18, 2020. This item is in the category "Collectibles\Militaria\WW II (1939-45)\Original Period Items\Russia\Medals, Pins & Ribbons". The seller is "medalsmarket" and is located in Cleveland, Ohio.