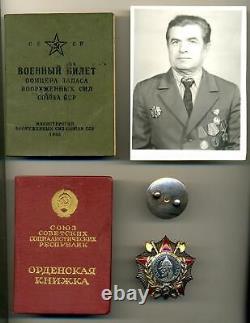 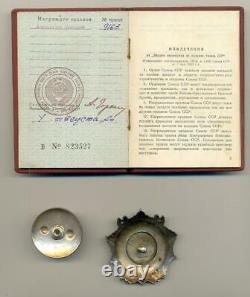 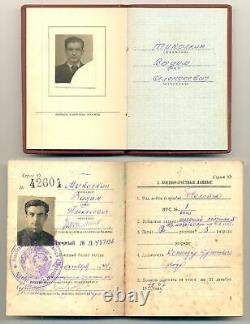 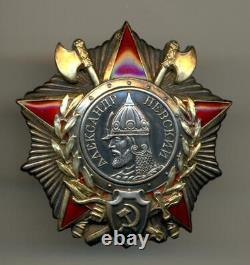 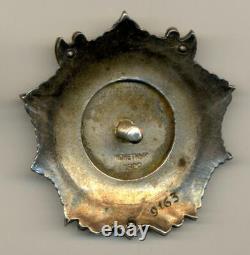 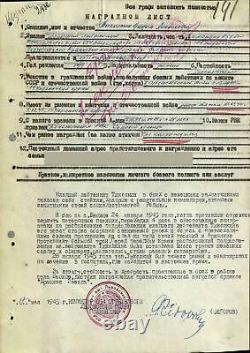 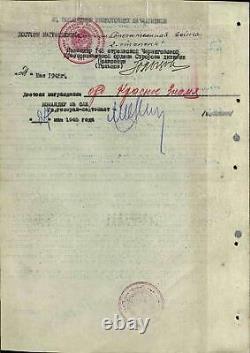 Soviet Russian USSR Documented and Researched Order of Nevsky. Comes with Orders Book (contains photo), military ID book (contains photo), nice large family photo of the veteran wearing all his awards, including this order of Nevsky, and research (2 large color scans of citation for this order). This was his only decoration for WWII, and the only entry in his Orders Book.

According to research, comrade Tikolkin, during hand to hand fighting on January 24, 1945, with his platoon was able to repell 4 fierce enemy's attacks. Research details large number of corps and noticable screams of wounded german soldiers in front of comrade Tikolkin's trench. He was heavily wounded, and evacuated to the hospital shortly after, apparently that's the reason this award only found him 5 years later, in 1950!

Interestingly enough, he was first recommended for the order of Red Star, than upgraded to Patriotic War 2nd class, than again upgraded to order of Red Banner, and finally, received upgraded yet again, this order of Nevsky! Must have been some very heroic deed, which made all the upper levels reconsider and upgrade the previous commendation(s). Excellent condition with good enamels, showing only a few signs of wear. Full gold plating and rich dark patina. Nice and highly collectable, awarded to lower ranking infantry officer for actual battlefield face-to-face combat actions!

This item is in the category "Collectibles\Militaria\WW II (1939-45)\Original Period Items\Russia\Medals, Pins & Ribbons". The seller is "medalsmarket" and is located in this country: US. This item can be shipped to North, South, or Latin America, China, Germany, Japan, United Kingdom, France, Australia.