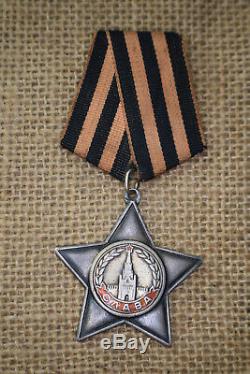 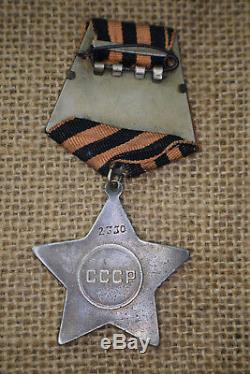 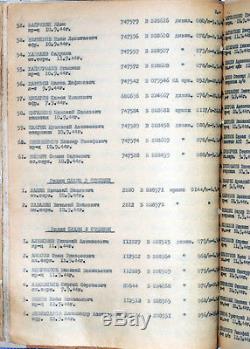 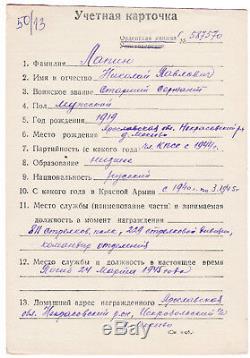 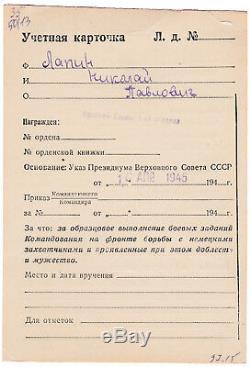 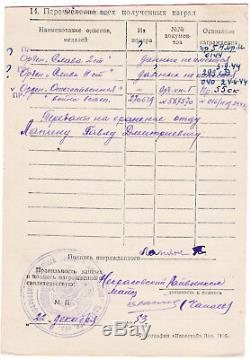 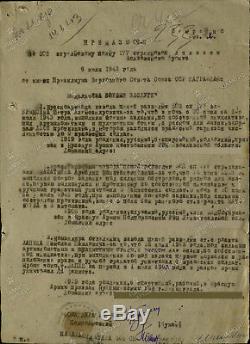 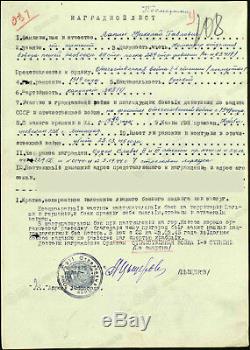 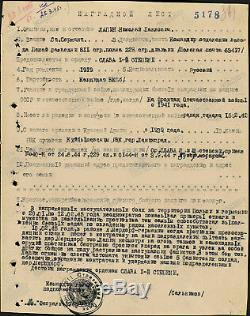 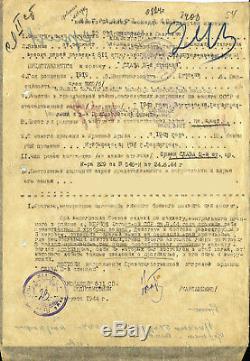 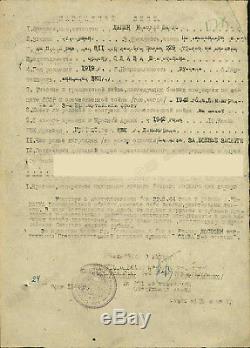 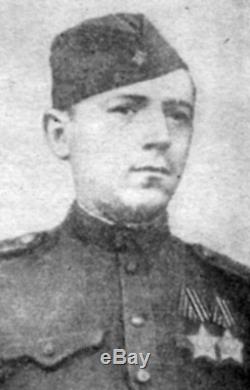 The Order of Glory 2nd Class was awarded to Lapin, Nikolay Pavlovich. He was full cavalier of Glory equivalent to a Hero of Soviet Union.

He was awarded the order of Gold Glory 1st Class postmortem. His sister got the award in 1993.

He was a real Hero who had five awards: ORDER OF GLORY 1,2,3 CLASSES, ORDER OF GREAT PATRIOTIC WAR and Medal of Military Merit. I have an exclusive and extensive research over 30 pages. During January 20-December 2, 1945 on the German territory comrade Lapin rallied his comrades soldiers to bravely rushed the front lines against all odds facing tanks, machine guns, and a force of German soldiers, Because of this courageous act the town of Mertsdorf was freed from Nazi control. For this deed he was awarded with Glory of 1st Class.

Check out my other items for sale. I also have many orders, medals, and badges that I'm planning to sell.

The item "RUSSIAN USSR CCCP ORDER MEDAL SOVIET PIN BADGE ORDER of FULL CAVALIER OF GLORY" is in sale since Thursday, June 21, 2018. This item is in the category "Collectibles\Militaria\WW II (1939-45)\Original Period Items\Russia\Medals, Pins & Ribbons". The seller is "ny-rangers11" and is located in Brooklyn, New York. This item can be shipped worldwide.