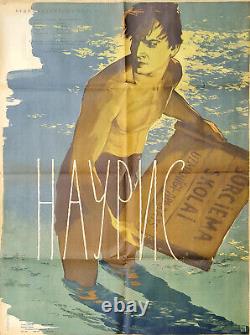 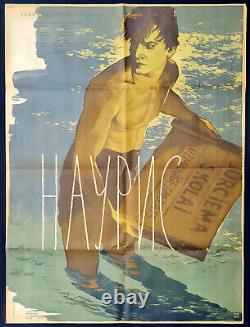 March 1958 (Riga), January 1959 (Moscow). The story of a Latvian youth, Nauris Umpala, who lost his parents early and stayed with his little sister and an old sick grandfather.

Collaborated with the publishing house IZOGIZ. Performed agricultural posters, including together with the artist E. Pozdnev ("Hello to the participants of the All-Union Agricultural Exhibition", 1955). In 1958 he took part in the large-scale exhibition "Posters and Satire in 40 Years in the Works of Moscow Artists".

In the 1960s and 1970s, Aleksandr Lemeshchenko performed social and political posters: "The country's winged defense is famous for its high rise" (1967, together with SI Datskevich), "Leninism is the banner of the era of revolutionary revelation of the world" (1969). Lemesheno worked in the creative-production workshop "Agitplakat" of the USSR Union of Artists, was a member of its editorial board. The author of the poster dedicated to space The air distances became close to us, we were the first to know the way into space. Under the banner of the party, our country is striving into the vastness of communism! He also worked a lot and fruitfully in the field of film posters. He worked until the end of his life, in 1984 he died in Moscow. Circulation posters of Lemeshchenko are kept in the Russian State Library, in private Russian collections. The works of Alexander Mikhailovich are capacious and at the same time laconic. This item is in the category "Art\Art Posters".posters" and is located in this country: US. This item can be shipped worldwide.