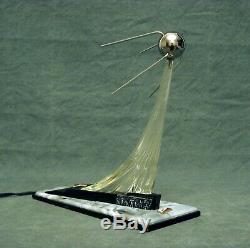 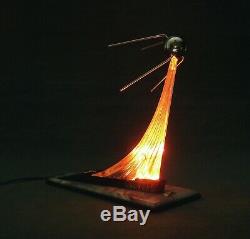 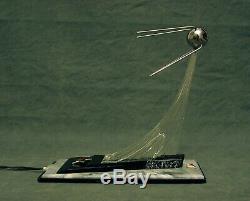 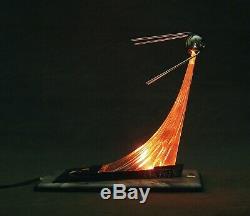 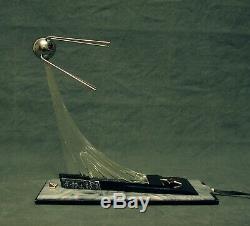 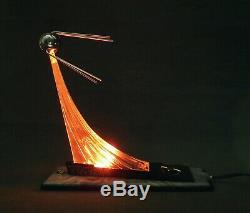 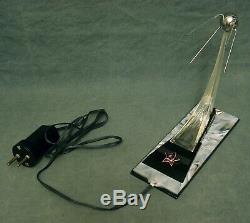 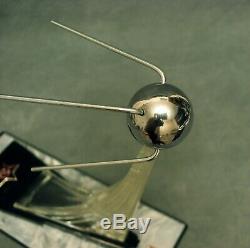 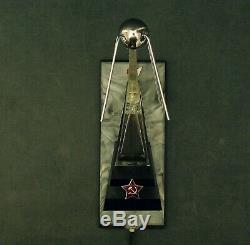 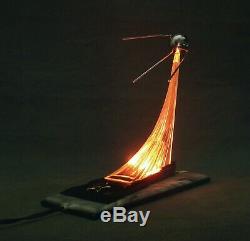 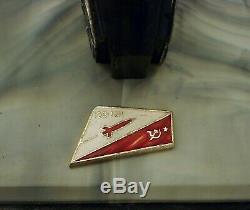 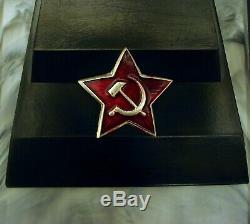 You see a unique space stela, which symbolizes the launch of the first ever satellite "Sputnik" in space on October 4, 1957. The lower plate is made of metal (black) , then the base is made of carbolite (gray). On this stand in the center there is a symbol of the Soviet Union - a red star (in the center of which is a sickle and a hammer). In addition, there is an ascending pedestal, on which a metallic satellite flies upwards. Also at the bottom is a memorable metal badge. The badge engraved the flight of a rocket with a space station on board - "Venus-1" launched on February 12, 1961. This stella inside has a light bulb that is still working! In the darkness he fills this cosmic stela with a soft reddish light. The space stella looks very interesting and impressive. The voltage of this lamp is 220 volts (this voltage is accepted in Europe, England).

In the US, 110 volts - this lamp will also shine, but because of less voltage, the light will not be so bright (if you have a 110 volt converter in 220, then it does not matter). The item "Exclusive Vintage Soviet Russian Space Sputnik Rocket Desktop Lamp USSR RARE" is in sale since Wednesday, October 30, 2019. This item is in the category "Collectibles\Historical Memorabilia\Astronauts & Space Travel\Russian & Soviet Program". The seller is "alpha11147" and is located in Moscow. This item can be shipped worldwide.