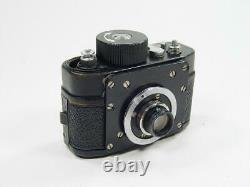 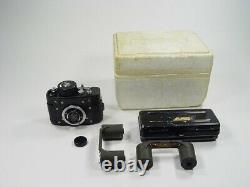 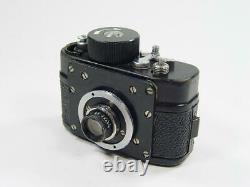 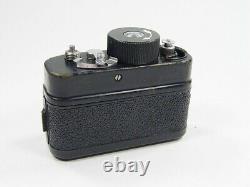 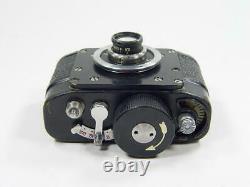 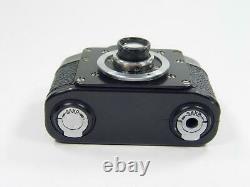 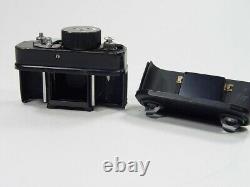 AJAX-12 (Russian: -12) also known by its factory designator F-21 is a mechanical miniature. Surveillance camera with a wind-up film-advance mechanism, built by the Krasnogorski Mekhanicheskii Zavod (KMZ). The Mechanical Factory of Krasnogorsk, between 1951 and 1995. During the Cold War, it was a very popular. Surveillance camera of the Soviet intelligence agency KGB and its sister organisations in the other countries.

Of the Warsaw Pact, such as the Stasi (MfS). The camera body measures approx. 7 x 5.5 x 2.5 cm, excluding the lens. It has three different shutter speeds (1/10, 1/30 and 1/100). Plus a manual setting (lens continuously open). The image on the right shows a typical F-21 camera. A ring around the lens allows the diafragm to be set between 2.8 and 16. The shutter is released by pressing the shutter release button.

On top of the camera (right in the image). Furthermore, it was possible to attach a remote control unit to the front of the camera. Allowing it to be used in a variety of concealments, such as a handbag. Once the picture is taken, the camera automatically winds to the next image, so that multiple photographs.

Can be taken in quick succession. The auto-winder is fully mechanical and needs to be wound-up before use. To wind it up, the large knop at the top centre of the camera has to be turned clockwise, as indicated by a white arrow. There are no batteries involved whatsoever.

The frame size is 18 x 24 mm, while the images are taken on a 21 mm film, resulting in rather sharp and good quality photographs. Compared to the subminiature cameras of those days, that had a 8 x 11 mm frame size.

Compared to the later 35 mm cameras, such as the Kiev-35A and most domestic camera of the analogue era. The F-21 can be regarded as a half-frame camera. The design was clearly inspired on the wartime Robot Star. Cameras that also featured a windup mechanism.

All shutter speeds work correctly. ALL PICTURES ARE ACTUAL, YOU RECEIVE WHAT YOU SEE. Camera will be carefully packed. The item "Working Ajax F-21 Vintage USSR Russian Military KGB Spy Film 21mm Mini Camera #5" is in sale since Monday, November 9, 2020. This item is in the category "Cameras & Photo\Film Photography\Film Cameras".

The seller is "photosniper" and is located in Moscow, Moscow. This item can be shipped worldwide.