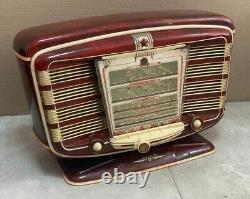 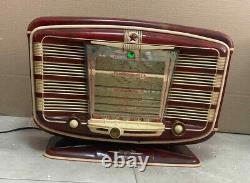 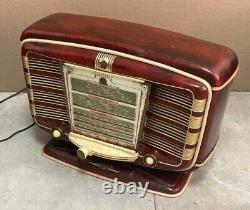 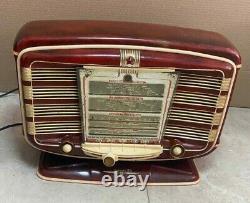 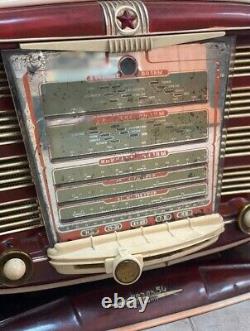 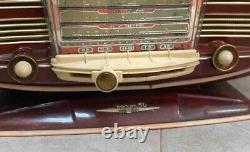 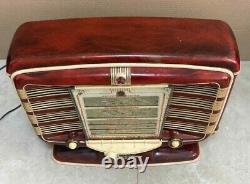 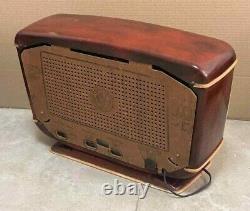 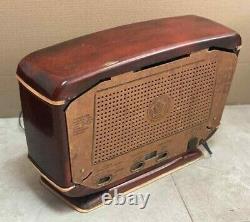 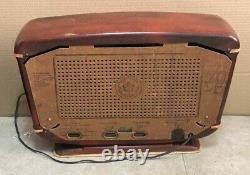 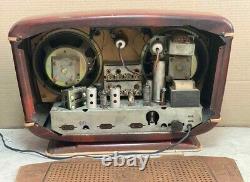 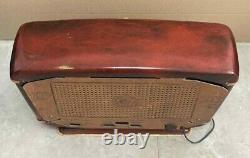 Legend Russian Soviet USSR Vintage Tube Radio?????? Since the second quarter of 1954, the network tube radio "Zvezda-54" has been produced by the Kharkov plant "Kommunar" and the Moscow plant "Mospribor". The release of the radio was a rather significant event in the mid-fifties in the USSR.

The receiver did not fit into the usual line of models of dull and gray receivers and radios in wooden cases, like twins, similar to each other and not changing their design for years. The media, mainly in newspaper and magazine editions of those years, very effectively described the appearance of the Zvezda-54 radio set as a huge breakthrough in design design, as the latest squeak of fashion, which gave people hope of a new, bright life. In fact, everything was much simpler and more prosaic. The Zvezda-54 radio is a complete copy of the 1952 French Excelsior-52 radio. It is not exactly established how the French receiver got into the IRPA.

According to some reports, it was brought as a gift by diplomats who visited France in 1952 on the issue of Austrian independence. Another touch related to the production of a radio receiver: In the post-war years, the government of the USSR made a decision providing for the production of consumer goods by defense enterprises of the USSR, along with special products. In accordance with this, since 1952, the A. Popov All-Union Research Institute of Broadcasting Reception and Acoustics, abbreviated as "IRPA", together with the "Kommunar" plant (Kharkov, Ukraine) began the development and preparation of the conveyor for serial production radio receiver `` Zvezda-54''. In 1954, the production of the receiver was simultaneously transferred to the Mospribor plant (formerly a bicycle plant).

In the third quarter of 1954, the radio was upgraded. The modernization affected the chassis of the model, which became vertical, to facilitate technological processes and expand the color range of the case (red and green, there were no other colors). The "Zvezda-54" radio receiver was developed by the Institute of Broadcasting Reception and Acoustics "IRPA" MRTP USSR.

Selectivity on the adjacent channel 26 dB, on the mirror 36 dB in the MW, LW and 12 dB in the HF subbands. Rated output power 1.5 W. The range of reproducible sound frequencies is 150...

Powered by 127 or 220 volts. Also please see my other interesting products. This item is in the category "Collectibles\Radio, Phonograph, TV, Phone\Radios\Tube Radios\1950-59".

The seller is "gurgurazp" and is located in this country: UA.