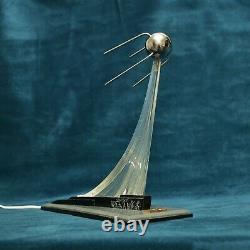 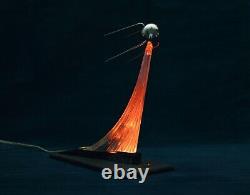 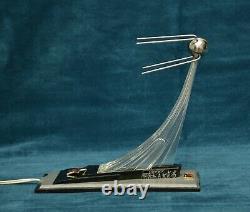 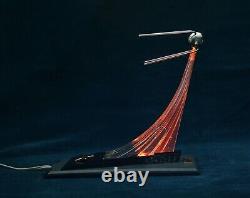 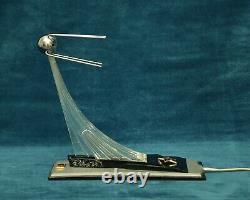 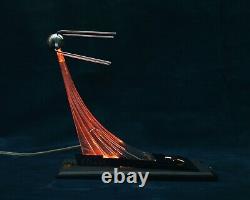 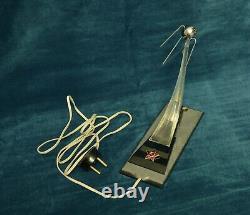 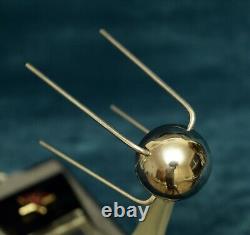 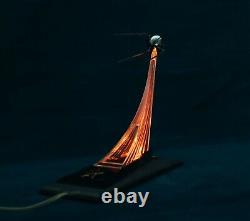 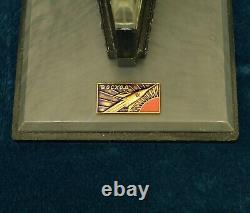 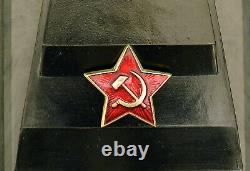 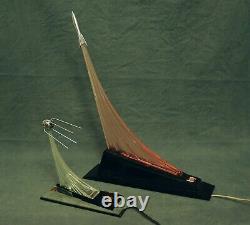 In addition, there is an ascending pedestal, on which a metallic satellite flies upwards. Also at the bottom is a memorable metal badge. This plate shows a spaceship with a red star flying in the rays of the sun. This stella inside has a light bulb that is still working! In the darkness he fills this cosmic stela with a soft reddish light.

The item "Exclusive Vintage Soviet Russian Space Sputnik Rocket Desktop Lamp USSR RARE" is in sale since Tuesday, February 16, 2021. This item is in the category "Collectibles\Historical Memorabilia\Astronauts & Space Travel\Russian & Soviet Program". The seller is "alpha11147" and is located in Moscow. This item can be shipped worldwide.