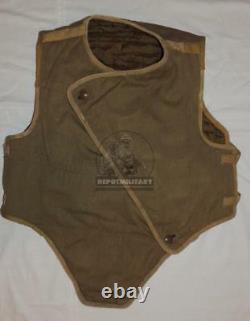 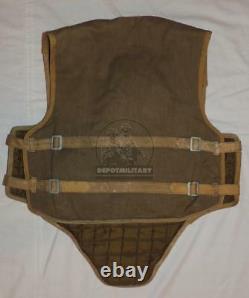 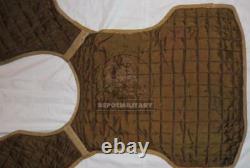 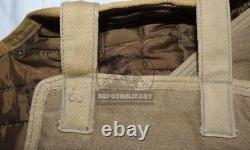 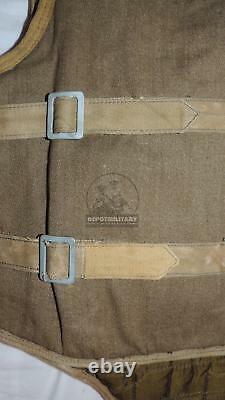 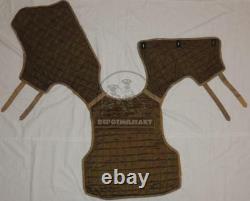 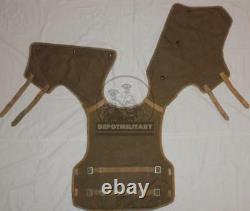 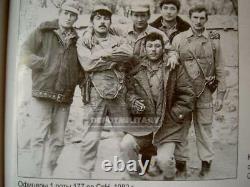 First armor vest made in USSR "6B1" (61). Vest in in ideal condition, may not used (inner part is not wiped - like new, some cloth straps was worn out by the time at warehouse). In common - it is complete vest with stiched-in armor plates. Total produced 1500 vests, most of them are lost, there are no more 14 vests in private collections. Such vests was used in 1979 during STORM-333 Operation (Amin Palace) and during Afghanistan war. Was used in 40-th Army (40), 177th separate detachment of special purpose GRU GSh (177 , 177-), The 56th Independent Guards Airborne Assault Order of the Patriotic War The Don Cossack Brigade(7 56 , 56- -). Vest was produced by VIAM (All-Union Institute of Aviation Materials).

The development of this protective equipment began in 1954, and in 1957 it was taken to supply the USSR Armed Forces under the index 6B1. Then they made about one and a half thousand copies, and laid them on warehouses.

It was decided that mass production of bullet-proof vests would be deployed only in the event of an imminent threat. The protective body armor was made of hexagonal plates that were made of aluminum alloy and were mosaic.

Behind them lay layers of kapron fabric, as well as a lining of batting. These vests protected from splinters and cartridge bullets 7.62, which were fired from 50 meters from a submachine gun (PPS or PPSh). When Afghanistan war began, these bulletproof vests were taken from warehouses and supplied to 40-th Army. Lot consist of full set of protection elements. The item "1957 6B1 FIRST USSR ARMOR VEST VDV GRU SOVIET RUSSIAN SPETSNAZ AFGHANISTAN" is in sale since Thursday, July 12, 2018.