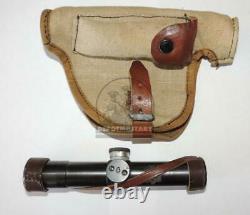 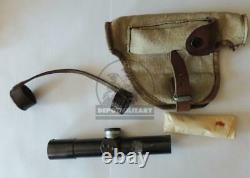 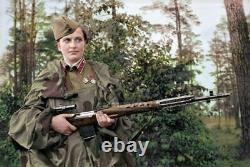 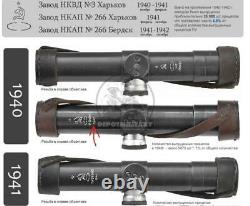 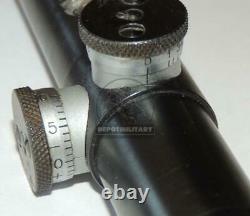 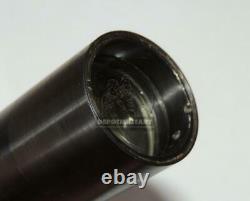 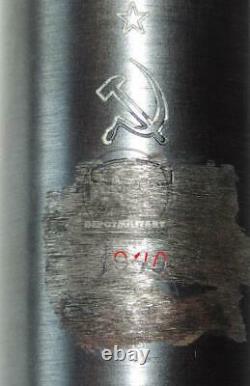 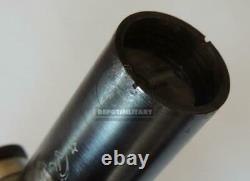 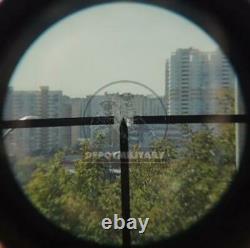 Russian Depotmilitary Store offers you original historical soviet army/special forces equipment. Original "PU" scope for SVT-40 sniper rifle, made in 1940 at. Notches on drums for aiming from SVT-40 (increased distance between 0 and 1). One of FIRST PU scopes designed and manufactured. Untouched since production in 1940 year.

This is the earliest and rarest type produced at this plant. "PU" scopes were initially designed at Kharkov NKVD 3 plant and produced at this plant only from November 1940 to October 1941. Then the plant was partially evacuated to Berdsk and partially destroyed, after Kharkov was captured by the German army. After beginning war and nazi seizing of Kharkov city, plant was evacuated to 266 Berdsk plant.

Scopes made in Kharkov plant are very rare because they are first made scopes this plant was worked less than one year. The was only 1% of all scopes manufactured in Kharkov. Kharkov scopes are most rare PU scopes of all. This is only first reason of rarity of this scope.

But there is a second. There are NO afterwar repair marks on this scope. Repair marks on scope means that it was tested and maintained at plant after war (in 1960 years). There are additional characters, signs and dates applied at scope tube. Means mechanics maintenance, triangle with a number inside 25 - repair at 25 arsenal, - lens repair, - replacement of mechanics, square crossed out inside - complete disassembly of the case and repair, an additional digital designation of the year (after wartime - for example, "1968") next to the year of manufacture or with the main hallmark of the plant - means the year of the last repair. There are no any repair mark on this scope, so, it means that this is original early PU scope without any touching since production! There is an original native 1940 tube, original non-illuminated 1940 lenses! And scope is fully operational! First ever made PU scope, in 1940.

No afterwar repair marks - means that scope is in native 1940 condition. We never see such scope and there is only one such scope in stock.

Maybe only one on world market. So, take your chance to take it. The serial number has been removed (sawn off) on the scope. The set includes original leather caps and an original cover (a cover specifically for PU-SVT-40, as it contains a side pocket with a leather flap and a belt).

The usual covers for PU (for the Mosin rifle) are covers without an additional pocket. Also included is an original napkin in paper of those times.

Perfect condition for a scope that's 80 years old! The item "1940 SOVIET WWII PU SCOPE FOR SVT-40 SNIPER RIFLE RUSSIAN ARMY ORIGINAL" is in sale since Tuesday, August 25, 2020. This item is in the category "Collectibles\Militaria\WW II (1939-45)\Original Period Items\Russia\Other Russian WWII Orig. The seller is "depotmilitary_com" and is located in Moscow. This item can be shipped worldwide.