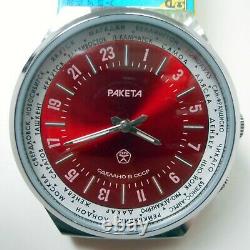 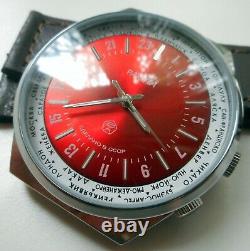 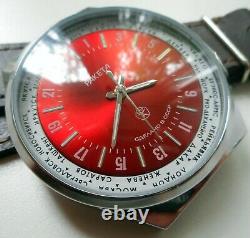 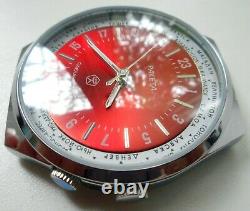 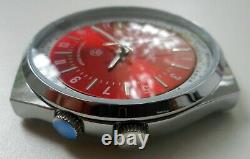 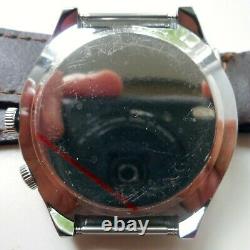 Raketa`s team is managed by Russian and Swiss experts, including one of Ex-directors of Rolex, Jean-Claude Kene. Raketa is presented in such famous boutiques as Colette in France, TSUM (Mercury) and Podium in Moscow, Status and Babochka in Saint-Petersburg and many others. At the end of the XIX century the Peterhof factory began the production of pocket watches. However, large scale production of watches began after the Great Patriotic War. Factory with more than 290 years of history went a long way from the small Lapidary factory to the giant of watch-making industry.

The factory created numerous Russias symbols, such as precious stones for the court of the Russian Empire, for the House of Fabergé, ruby stars of the Moscow Kremlin, marble for Lenin`s Mausoleum, marble works for St. Isaac`s Cathedral, for the Malachite room all these were manufactured at the Petrodvorets Watch factory. It all started in 1721 when Peter the Great founded Lapidary factory in Peterhof. It was the first specialized stone workshop in Russia.

The Petrodvorets craftsmen participated in the construction of St. Isaacs Cathedral, the Hermitage, the fountains of St. You may find beautiful objects from the Petrodvorets Factory in the worlds most famous museums such as the Louvre, Versailles, Hermitage, Sanssouci and others. After the October Revolution of 1917 the Peterhof Lapidary Factory became the first Russian factory producing technical stones for the precise instrument-making industry.

In 1930 the factory was renamed the First state factory of precision technical stones. 1 and thus began a new epoch of producing stones for the young watch-making industry in the USSR. In the 40s the country lacked watches. The factory starts producing watches. During the Second World War the building of the factory happened to be just between two front lines and thus was almost completely destroyed.

Workers labored in rooms with no windows and light, with not a single moment of rest despite daily bombardments. After the Second World War the factory started producing watches under the brands Zvezda and Pobeda. Soon the factory started producing new generation movements. The complex movement Raketa 2609. Which was used in many models of Raketa watches, was recognized as the most reliable and robust movement in the world.

Russian watches were exported to 38 countries. In the 80s the factory expanded and became one of the most successful enterprises in the USSR.

It produces 4.5 mln items annually, giving work to about 8 thousand people. A real town grew around the Petrodvorets Watch Factory, it builds its own hospital, school, university, recreation centre, stores. Raketa became the most popular brand in country. Raketa watches were worn by political leaders, actors, famous people. Raketa was worn by everybody from Brezhnev and Gorbachev to ordinary citizens of the USSR.

After the Perestroika and the collapse of the Soviet Union the factory had to rebuild completely the infrastructure. The factory turned out to be unadapted to the new economical environment, and the watch production drastically decreased. However, the factory workers managed to keep the production going and saved its unique equipment. Watches were produced by special orders. Among their regular clients were military and state bodies, that helped the factory to survive until 2009.

In 2009 an investment fund was founded, it consisted both of Russian and foreign investors. Raketa created the new collection in March 2011 under the direction of Creative Director Jacques von Count Polier and David Henderson Stewart. After a few months Petrodvorets Watch Factory participated in the international exhibition Baselworld. Top model Natalia Vodianova joined the Petrodvorets Watch Factory team in 2010. Natalia has designed a new model of Raketa watch, which will appear in 2013 on the basis of a new Raketa Avtomat mechanism.

The board of directors includes Prince Rostislav Romanov. In 2013 Rostislav creates a special limited edition of Raketa watches in honor of the anniversary year of the royal house of the Romanovs.

Jean-Claude is one of the very rare specialists in Switzerland. Hairspring is the thin spiral spring which is used in watch industry, it considered as theand when producing precious instruments. In Switzerland less than 6 watch brands obtain the technology of hairspring production, among them are Rolex, Ulysse Nardin and some others companies. 92 % of Swiss watch brands depend on hairspring supplies from Nivarox company, Swatch Group subsidiary. Swatch group is actually the monopolist in production of movements and details for Swiss watches.

Thus the company declares, that it is going to reduce movements and details supplies to other brands. As a result, hundreds of Swiss watch brands can appear in a difficult situation. «Raketa», producing rare hairspring-escapement module, is planning to export Raketa`s own details to Switzerland. One of the main goal of Jean Claude Quenet is to preparate Raketa` s hairspring and escapement for export to Switzerland.

The package is delivered within 20-25 days to any country of the world. By adhering to their safety regulations, we are able to conduct safer business. The item "Rare Soviet Russian Mechanical Hand-Winding Watch Raketa 24 Hours Travellar" is in sale since Tuesday, May 4, 2021. This item is in the category "Bijoux, montres\Montres, pièces et accessoires\Montres\Montres classiques". The seller is "2015fralesh" and is located in Moscou, default. This item can be shipped worldwide.