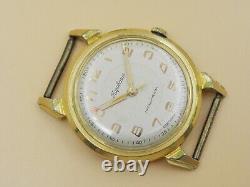 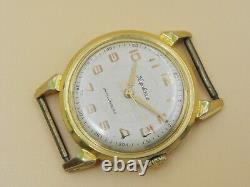 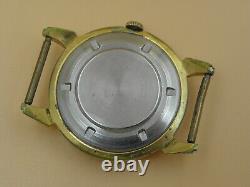 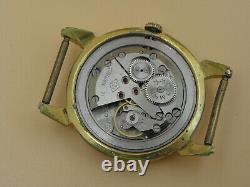 The 1st MWF (First Moscow Watch Factory) was founded 01.10.1930. It was the first watch factory of the young Soviet Socialists republic.

To start the production, four types of watches were chosen: a man's pocket watch with 15 jewels for the enterprises of the Narkomat (Ministry) of Means of Communications, a man's wristwatch with 7 jewels for the Red Army; a man's pocket watch with 7 jewels and a ladies' wristwatch with 15 jewels to sell in a market. For the prototype there had been chosen a French "Lip" movement R43 (43 mm in diameter). 05.11.1930 the first 50 watches were presented in the Revolution Theater (now well known as the Bolshoi Theater) at the ceremonial meeting devoted to the 13th anniversary of the Great October revolution. According to the order of the Chief Military Aviation Department, 1st MWF begin to produce airplane board clocks, and in June 1932 a decision to organize stopwatches production was made.

From 1935 until 1941, the 1st MWF Kirova produced about 2.7 million of the "1st type" pocket and wristwatches. After the beginning of the Second World War in 1941 the First Moscow Watch Factory was evacuated to the city of Zlatoust, near Ural Mountains. Throughout the whole war the factory works for needs of the front, producing aircraft watches, navy and aviation chronometers. At the end of the Second World War 1st MWF began the preproduction of new watch model - "Pobeda". In 1946 the manufacturing of the watch'Pobeda' (Victory) with a side second hand began. The "Pobeda" movement was based on the well known French movement "Lip" R26. The name, design and characteristics of these watches were personally approved by Iosif Stalin himself.

The production of the watch'Pobeda' continues at The First Moscow Watch Factory until 1953. It is very stylish watch, which fully pass the spirit of Soviet epoch. Watch have 22 rubies, shock-proof balance and balance have Breguet hairspring. THIS WATCH IS AS SHOWN IN THE PICTURE. PICTURES ARE UPLOADED FOR YOUR CONVENIENCE.

PLEASE, NEVER LEAVE A NEGATIVE OR NEUTRAL FEED BACK, IF GOT ANY PROBLEM REGARDING TO THE ITEM KINDLY CONTACT ME. This item is in the category "Jewelry & Watches\Watches, Parts & Accessories\Watches\Wristwatches". The seller is "fialkin77" and is located in this country: UA. This item can be shipped worldwide.