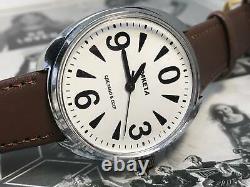 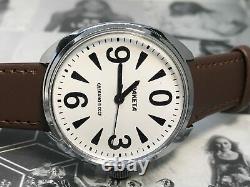 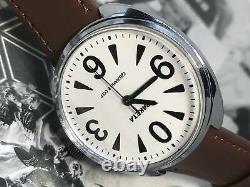 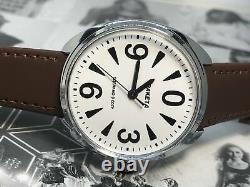 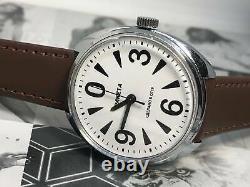 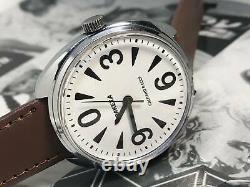 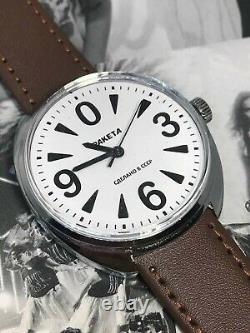 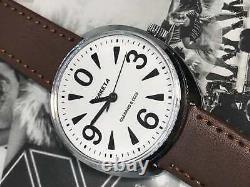 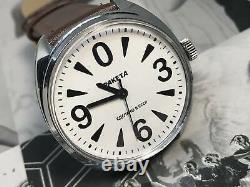 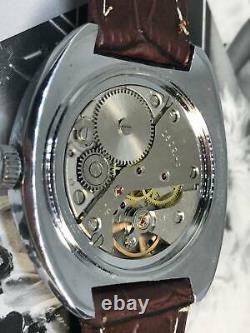 Vintage Men`s Wrist Watch Raketa Big Zero Russian Mechanical Soviet Watch USSR. Raketa is a watch brand produced by the Petrodvortsov Watch Factory, the oldest factory in Russia. The enterprise was one of the 13 largest watch factories in the Soviet Union, mass production of watches for personal use was organized there. The Raketa watches produced in Petrodvorets were exported to more than 30 countries of the world.

The first batch of Raketa watches was published in 1961. The brand was named in honor of Gagarin's flight, but in the countries of Western Europe and America the name was associated more with the missile weapons of the USSR. At the Petrodvorets Watch Factory, a single mechanism was created for all models of Raketa-2609NA watches, on the basis of which more than two dozen modifications of Raketa watches were produced: with automatic winding, with a calendar, anti-magnetic, for the blind (2610NA), with a 24-hour scale 2623. H - for people working in difficult conditions, where it is difficult to distinguish between day and night for polar explorers, submariners, etc.

Wristband size: 18 mm (item included). Watch works very well, it was fully serviced so you will not have any problems with this watch. Photos are part of the description.

The watch have passed service that will relieve you of expensive service in your country. This item is in the category "Jewelry & Watches\Watches, Parts & Accessories\Watches\Wristwatches".

The seller is "s-market1" and is located in this country: UA. This item can be shipped worldwide.