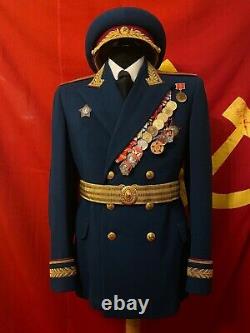 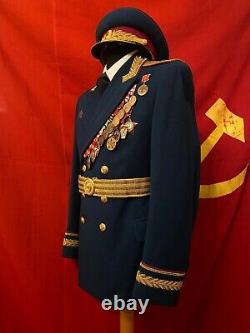 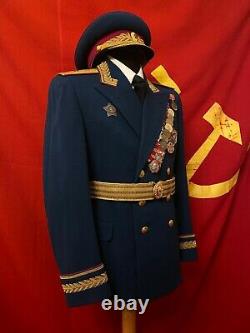 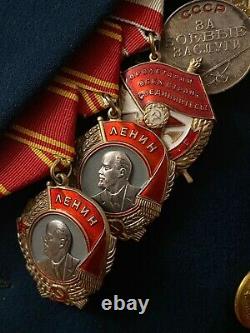 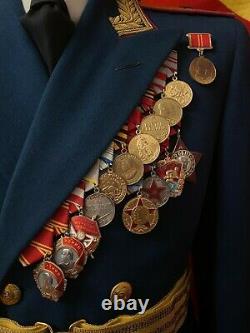 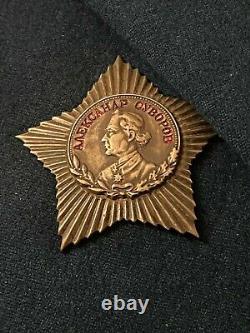 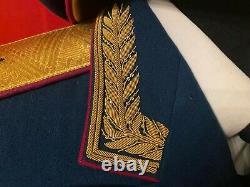 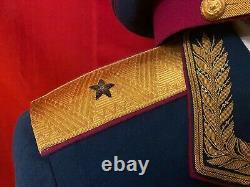 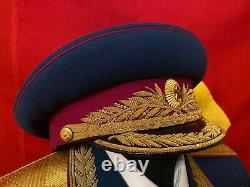 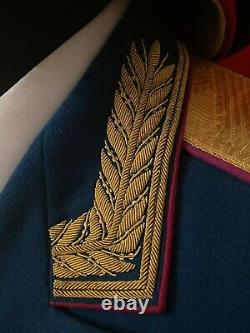 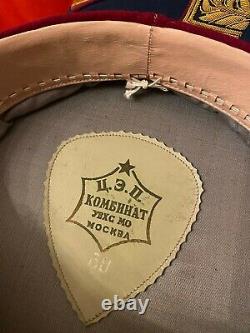 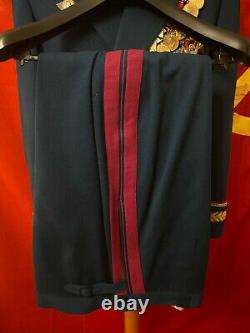 M1954 parade dress uniform of a Soviet major general of special troops - engineering for example. The uniform consist of tunic, trousers and visor cap as shown, including the awards which are mounted onto two separate bars.

Please notice that the Order of Lenin (2x), Order of Red Banner and Order of Suvorov are copies. The tunic dates to the mid 1950s with 16 republic buttons. The tunic is in a well kept yet used condition - please see photos and consider that the item is 60 years old.

The piping on the uniform is magenta and the embroideries are indeed RICH, running around the sleeves and the collar. Each shoulder board hold one single embroidered silver star which has oxidized beautifully over the years. The uniform is tunic, trousers, visor cap and awards and is a medium size, about US 40 or EUR 50-52. The visor cap is size 60.

This is a very very rare and nice Soviet era uniform, not to be mistaken for later era versions or present day productions. These are becoming very scarce so do not sit out this chance.

The uniform has been in a european collection for many years. Awards: Order of Lenin (2x, copies) Order of Red Banner (copy). Order of Suvorov III class (copy) Medal for combat service. Medal for defense of Caucasus Medal for victory over Germany.

Medal for 20 years of irreproachable service Order of Red Banner (Bulgaria) Order of 9th September (Bulgaria). The item "Soviet Russian Uniform Major General Engineering Special Troops M1954 w medals" is in sale since Friday, January 22, 2021. This item is in the category "Collectibles\Militaria\1954-60\Original Period Items". The seller is "staraya-warszawa" and is located in Stockholm.