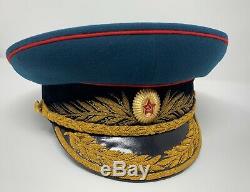 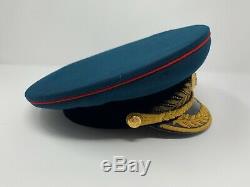 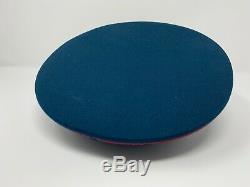 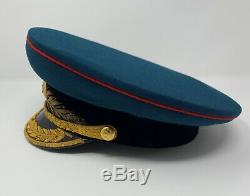 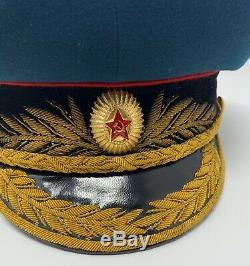 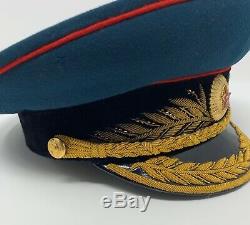 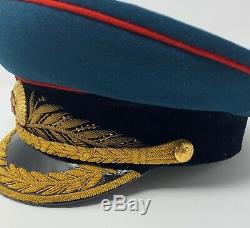 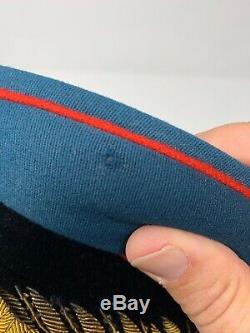 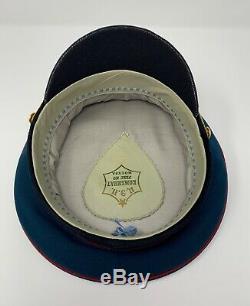 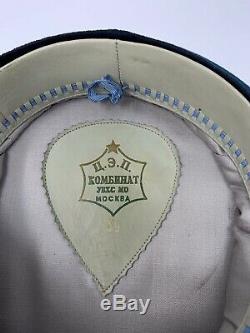 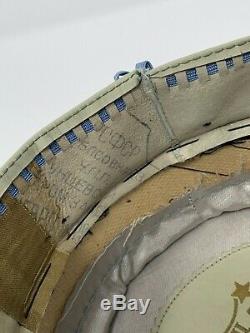 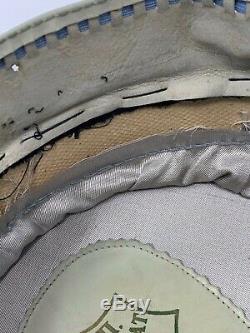 This is a Full Dress / Parade Visor hat as worn by Soviet Generals and Marshals (any rank from Armored Corps Major General through Supreme Marshal of the Branch, inclusive) exclusively in the Armored Corps, as identified by the black velvet band. The crown is smaller than the more recent Generals hats. The crown wool gabardine, with red piping. The hat has a gold chin cord and general officer cap buttons with the USSR state emblem, and includes two-piece general's cockade in anodized aluminum and paint.

The hat is in GREAT condition. Unlike most hats of this early vintage, it held its shaped is not out of round or squashed. The visor is very solidly attached; its leather is nicely preserved, still showing a noticeable sheen, without any scuffs or scratches.

The hat shows only minimal overall wear with one small hole to the side as seen in the photo with my hand. Thanks for looking and please reach out with any and all questions. The item "Soviet Russian TANK GENERAL / MARSHAL Visor Hat 1960-1970 Dress Parade Cap sz 59" is in sale since Friday, June 21, 2019.

This item is in the category "Collectibles\Militaria\Surplus\Hats & Helmets". The seller is "wwiistore" and is located in Kingman, Arizona. This item can be shipped to North, South, or Latin America, all countries in Europe, all countries in continental Asia, Australia, New Zealand, Egypt, Reunion.