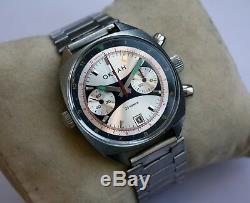 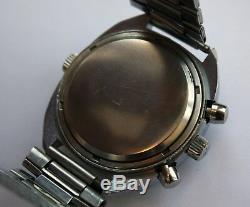 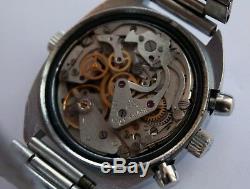 Everything that is connected with the time had a special significance in the USSR. In particular, a good watch on the wrist was made from an ordinary engineer or doctor by an object worthy of female attention. Well, what else stand out?

After the Great October Revolution, the Bolsheviks got a very meager "legacy" in the watchmaking sphere. Until 1919, the Clock Agency, which is a structural subdivision of the Supreme Council of the National Economy (VSNKh), oversaw the conduct of watchmaking in the country. Subsequently, in 1920, the General Directorate of Precision Mechanics was established on the basis of the Agency, uniting the former Platov and Reinov factories for the production of wall clocks (which were at that time stopped), former workshops of H.

Moser, as well as preserved warehouses and handicraft workshops. In attempts to establish their own production, Soviet diplomats are in vain negotiations with Swiss developers. Thus, the repurchased enterprises become the basis for the creation of the 1st and 2nd State Watch Plants, which started working in Moscow already in the 1930s. And the "First State Precision Engineering Stone Plant" (TTK-1), established in Peterhof on the basis of a stone-cutting factory in 1931, starts producing stones directly for the watch industry. As a result, the 1st Watch Factory soon releases wrist watches and pocket watches, and the 2nd watch factory - alarm clocks and electric watches for businesses.

They made them at 3 State Watch Factory, and on the eve of the war all the models of the watches produced here received the new name "ZVEZDA". There are a lot of pocket watches of those years, converted into wristwatches. There, under the order, wrist hulls were made, sometimes of silver and gold, the workshops also made dials - as a result, the clock turned out to be quite similar to the factory ones. With the outbreak of the WW2, the creation of another famous Soviet watchmaking plant, Chistopol, opened in the Republic of Tatarstan in an emergency. Since the summer of 1942, this plant has been actively working to meet the needs of the military industry, and has since become one of the leading factories in the USSR producing watches of the Pobeda, Mir, Vostok, Kosmos, as well as automobile and street clock. And since 1965 "Chistopol" becomes the official supplier of watches for the Ministry of Defense of the USSR. The plant lasted until 2010, but was subsequently declared bankrupt, and the production of the watch was transferred to the subsidiaries of Chistopol. A month before the hoisting of the Victory flag over the Reichstag, in April 1945, a special mission was assigned to the watchmakers: preparation for the release of the new K-26 Pobeda watch began. The serial issue of "POBEDA" began in 1946. The name, design and technical data of the watch were approved personally by I. Stalin, and they were issued until 1953. In 1949, specially for the Air Force, production of the "Shturmanskie" watches was mastered, which were not traded.

April 12, 1961, this watch was in space. Each era chooses its own iconic watch models. In the early 60's, they were "Shturmanskie-Gagarin", and then the cult "Strela", which was worn on the hand of cosmonaut Alexei Leonov, going into open space. This fact was of great importance during the Cold War and rivalry with the West.

Say, not your "Omega" has been in space, and our "Strela", the production of the First Watch Factory. This kind of "Strela", were issued only for the command staff of the Air Force.

They were attached to the arm of the spacesuit. The mechanism was equipped with a stopwatch and a 45-minute chronograph counter.

Today, many watches, produced in the Soviet years, attract the attention of collectors, as well as ordinary lovers of stylish and elegant things. PERHAPS WE WILL MAKE A DEAL! Any defects not mentioned but visible in the pictures will be considered as described! Please look at my other items! If you are looking for something specific (watches, artifacts, collectibles) , please let me know and I can help you find it!

I often send items the same-day. I use professional packing materials and comply with courier packing guidelines to minimise the chance of damage. If you would like to upgrade to a tracked service, please contact me. The item "Okean Poljot 3133 Chronograph Russian USSR Watch Ocean" is in sale since Thursday, January 17, 2019.

This item is in the category "Jewelry & Watches\Watches, Parts & Accessories\Wristwatches". The seller is "iskrun" and is located in europe.